I’ve noticed that Moroccan cities are either cat cities or dog cities. Without exception, the cats win out in the medinas, or old cities. It’s probably because cats are smaller than dogs, and can fly under the radar easier. Don’t get me wrong, there are plenty of dogs to go around in Morocco. But in the close quarters of a medina, dogs aren’t present in large numbers. Also, in general, Moroccans have a fear of dogs. To illustrate, one evening while having dinner in our apartment, we heard loud, shrill screaming outside our window. Without even looking up from her plate, Ava said, “Someone probably saw a dog.” I’m 99% sure she was correct. There’s not much else to scream about.

Chefchaouen is without a doubt a cat city. There are cats in the alleyways, cats in the markets. Cats are found in restaurants and on terraces. They’re in trees and bushes, and stretched out on sidewalks. The only place they aren’t typically found is in homes. As you can see from the images below, cats are virtually everywhere throughout this famous blue city. 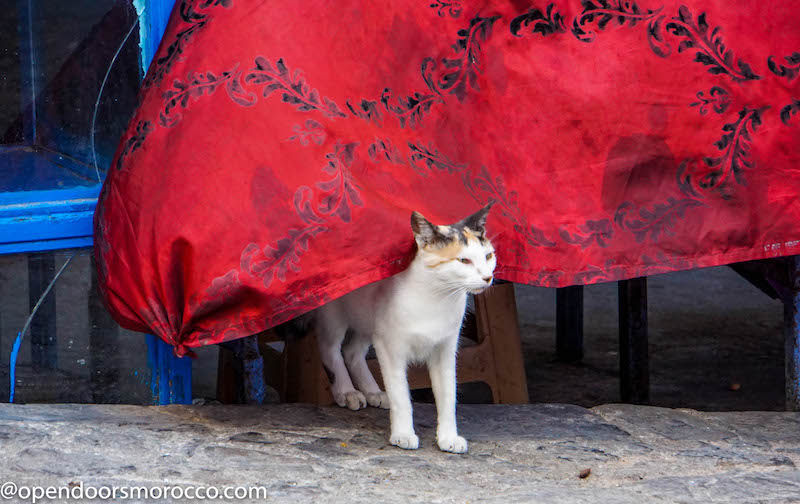 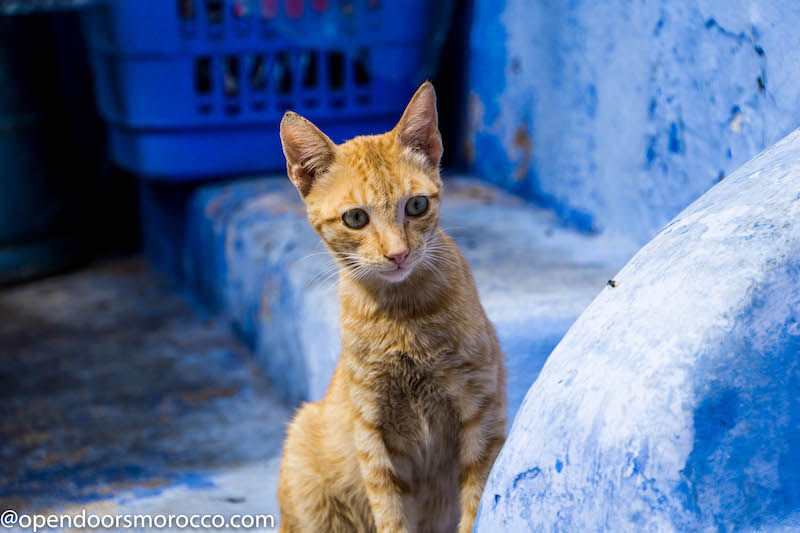 To get a cat’s attention in the US, people call out, “kitty kitty kittttyyyy!”  That only sometimes works on US cats. It’s probably because it sounds ridiculous and cats know it. Moroccans get the attention of cats with a hissing type noise. It works every time. The next two cats responded to my hiss just as I snapped their pictures. I’ve tried this magical hissing thing with US cats and it doesn’t work. 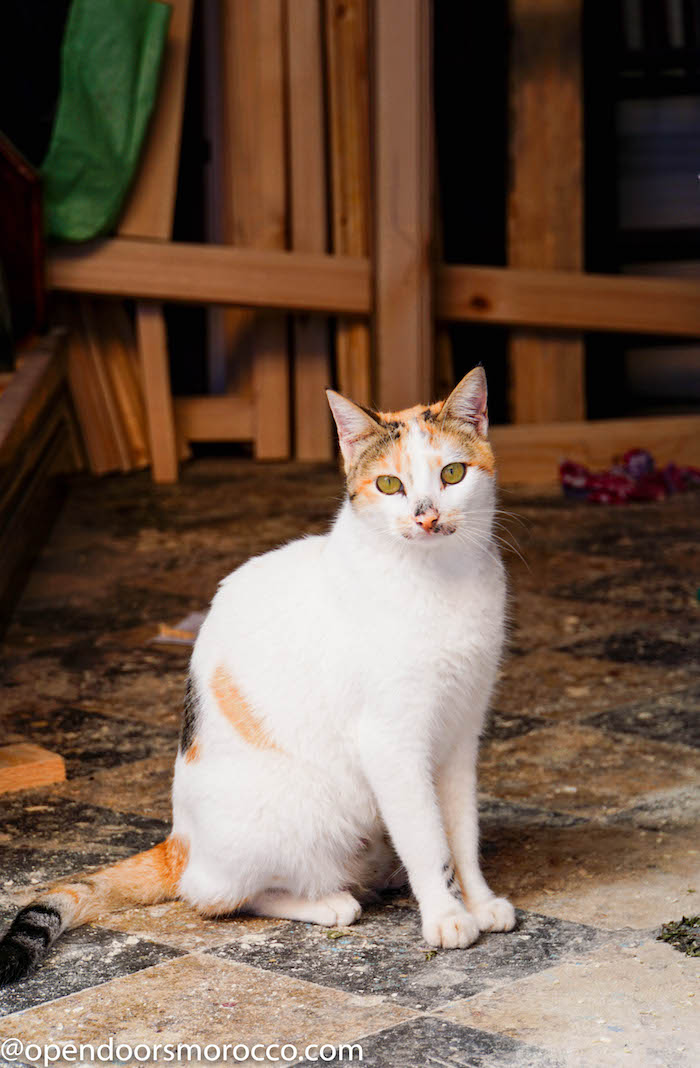 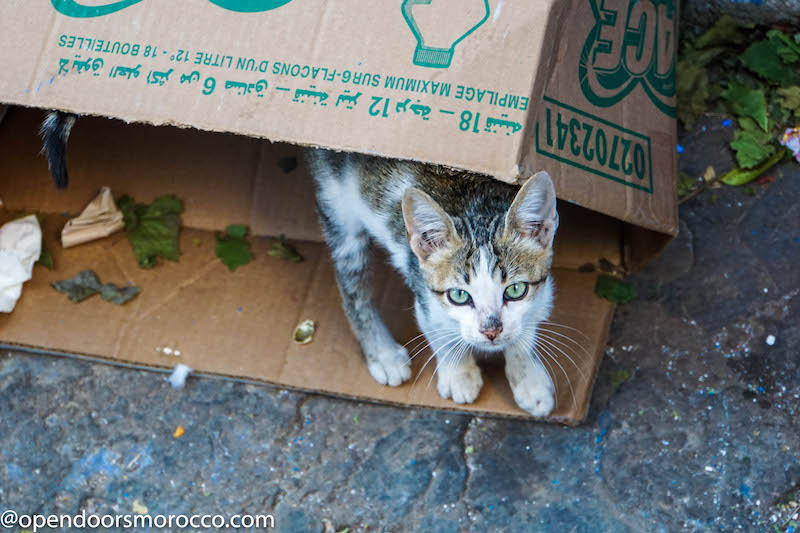 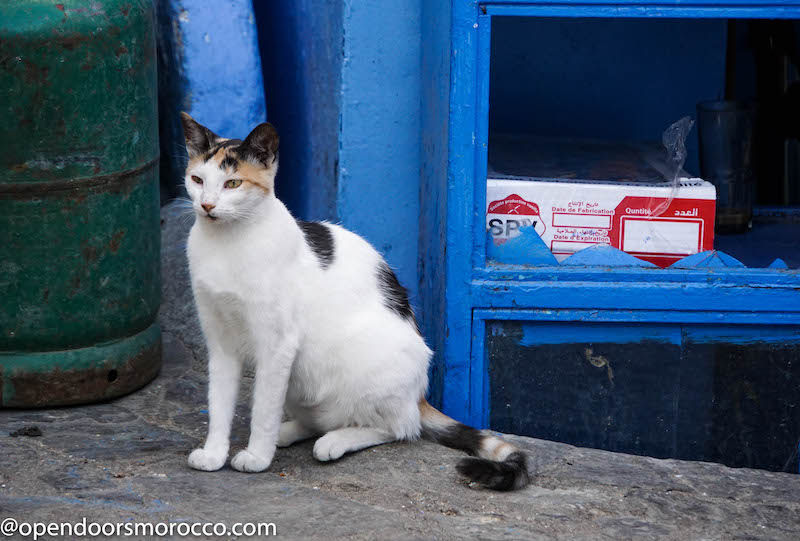 There must be a universal rule among cats regarding where they must sit. It probably goes something like this: “If at possible, sit on something other than the ground or the floor. If there’s paper around, sit on that. If there’s a stool, sit on that. See a book? Sit on it.  Anything but the ground.” This guy below was sitting on his “throne” for quite some time. He was on the lookout for something. 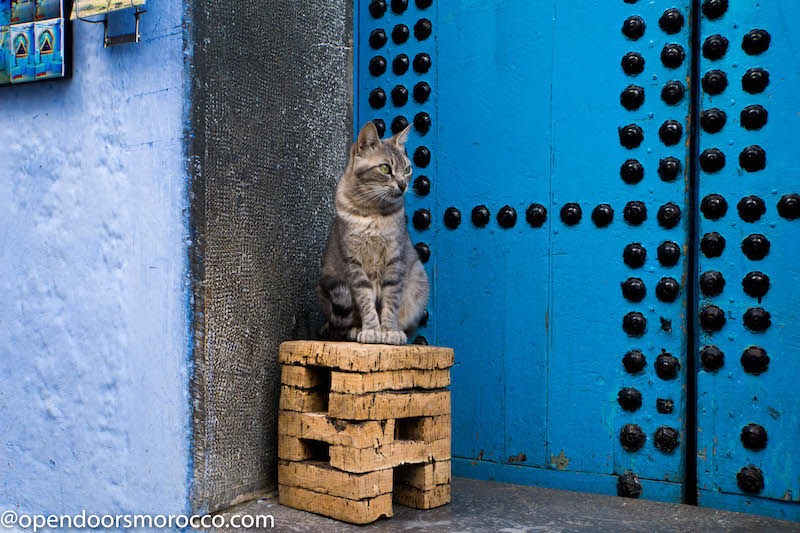 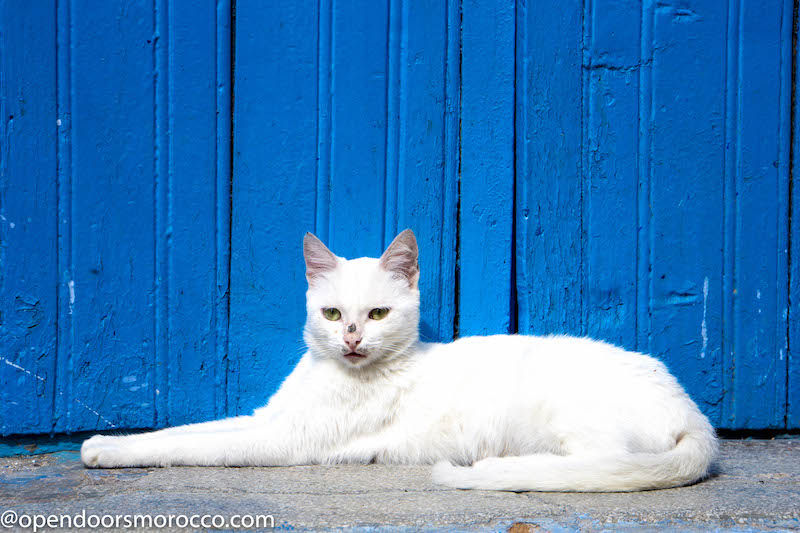 What is it about cats and tight places? The bread seller above “cabinet cat” didn’t appear to notice him. 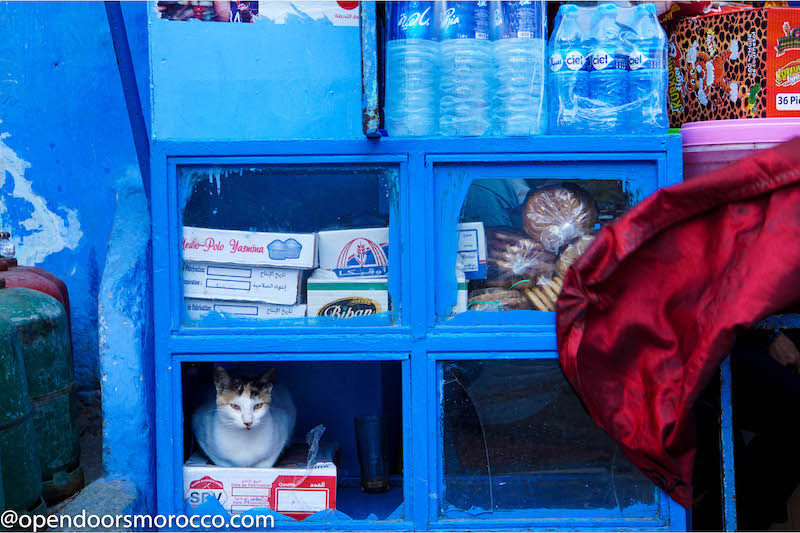 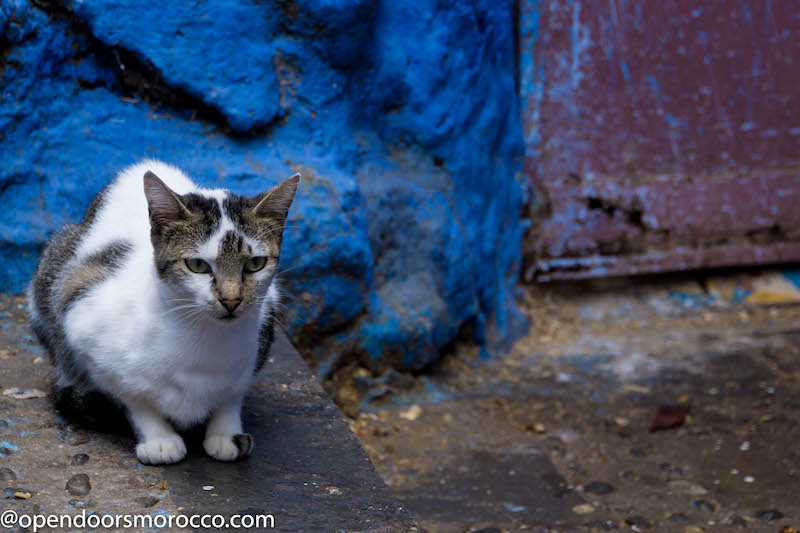 If you want the cats to like you, offer leftovers. They’ll call all their friends to come and welcome you to the city. They’ll pledge their undying loyalty. At least until your leftovers run out. 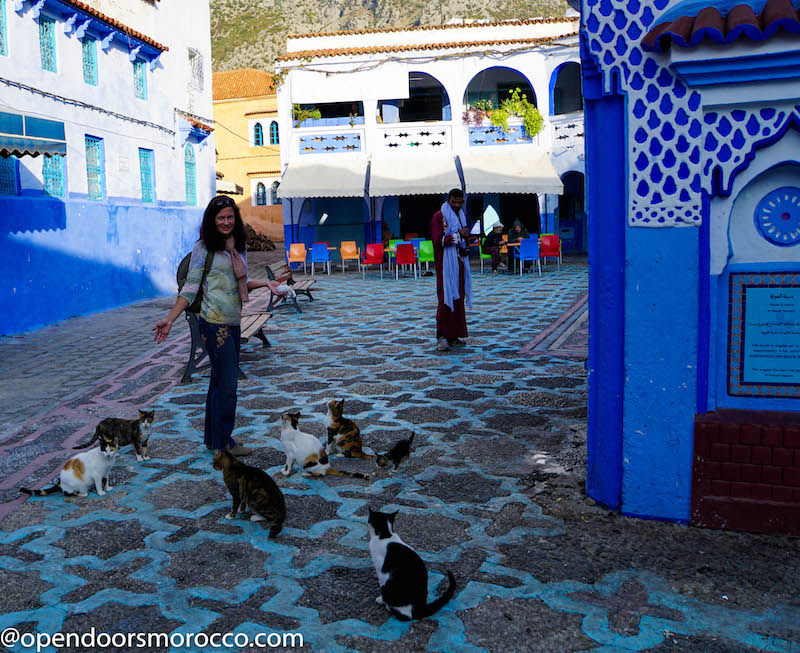 Images of Morocco chefchaouen No comments