Your tour begins in the morning and leaves the famous Red City of Marrakech for Rabat, the capital of Morocco.  Along the way you will pass through small towns nestled in fertile agricultural areas.  Once in Rabat, you will have the opportunity to see many things such as the Kasbah Oudaya that dates back to the 12th century Almohad Dynasty; the Challah Castle Ruins with Roman ruins from 2 B.C.; the Hassan Tower that was started in 1195 and was intended to be the largest minuret in the world until the Sultan died during construction; and the Mousoleum of Mohammed V, located adjacent the Hassan Tower.  The mausoleum is considerated an architectural masterpiece of the Alaouite Dynasty.    You will spend the night in a charming riad in Rabat.

On day two, following a delicious breakfast, you will leave on the road to Fes.  On the way, you will pass through the famous city of Meknes.  Meknes was the capital of Morocco under the reign of Moulay Ismail.  The city is named for the Berber tribe, Miknasa, that settled there in the 9th century.  You will also have the opportunity to visit nearby Volubilis, a partly excavated Roman city dated back to the 1st century AD.

You will continue your journey and reac Fes by nightfall for dinner and an overnight in a charming riad.

The next morning following breakfast, you will have the day to explore Fes, Morocco’s spiritual heart.  Founded in A.D. 789, the ancient walled city is home to Al-Qarawiyyin, the oldest existing and continuously operating educational institution in the world, according to UNESCO and Guinness World Records.  The institution was founded by Fatima al-Fihri, a woman, in 859 A.D. and thereafter became one of the leading spiritual and educational centers of the historic Muslim world.

Within the majestic walls of Fes, more than 9,500 narrow streets and dim alleyways wind endlessly up and down, around and around, amid thousands of stalls touting displays of centuries-old artisanship.  It is impossible to prepare yourself for the incredible assault on the senses.  Few non-Fesian born individuals, can claim to know the secrets found within the mysterious labyrinth teeming with people, animals, activity, noise, color, music, and scents.  The majority of first timers describe the experience as synonymous to being whisked away and magically transported back to an ancient era, infinitely unlike anywhere in the modern world.  At first, you may harbor the secret belief that the chaos around you is simply an interactive performance elaborately pieced together for the purpose of  enlightening foreigners on aspects of medieval life.  You’ll believe this until you recognize the fact that the Moroccan population is going about the day in the same way people have gone about daily, century after century, within the noble walls of this amazingly preserved imperial city.

Following a filling Moroccan breakfast, you depart the city of Fes.   Soon you’ll find yourself criss-crossing the Mid-Atlas Mountains, where you may catch a glimpse of Barbary Macaques in the shadowy cedar forest.  The Barbary Macaque, an Old World Monkey Species, is found chiefly in the Atlas and Rif Mountains of Morocco and Algeria.  It is near the forest that you will enter the city of Ifrane, home of the world famous Al Akhawayn University. Nearby Ifrane you may visit Lake Ifrah or Lake Aaoua; both are havens for wildlife, especially birds.  Finally, you will slowly make your way into Marrakech via the Mid-Atlas Mountains and the Berber villages. 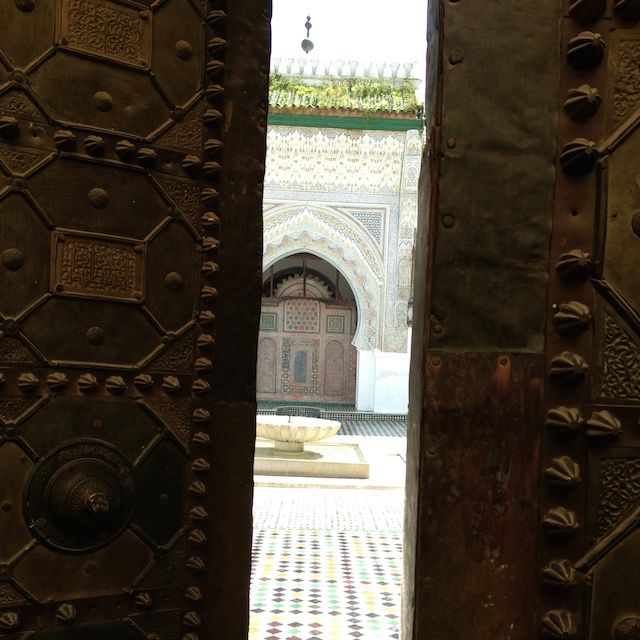 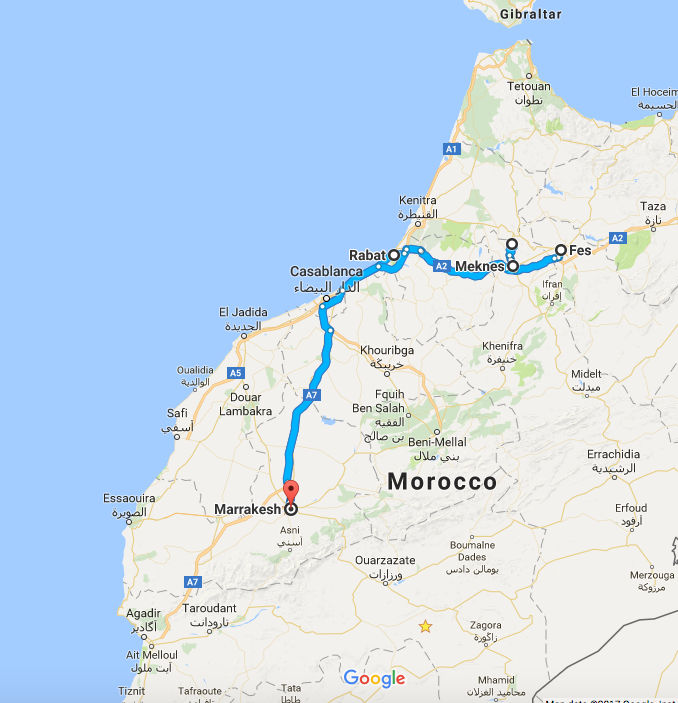 All pricing is per person and based on double occupancy

* Drinks and tips are not included