Spend the day exploring the city of Marrakech. Your host will be fully available to take you where you’d like to go. I’ve got you down for the host on this day. If you decide not to, just let me know. If you have the host, I’d suggest you do the things that are outside the medina and less easily reached.

There are many options for this day in Marrakech. Some include the Majorelle Gardens, Bahia Palace, Ben Youssef Merdersa, and of course, the souks. The Jmaa Fna Square can be quite intense (and highly touristy) at night, but some people enjoy eating dinner in the stalls there.

The journey from Marrakech to Essaouira is not long. You’ll leave after breakfast and arrive with plenty of time to roam the beautiful city streets. Make sure to check out the ramparts and the port where you can stand over the coast and watch the water crashing onto the rocks. Your night will be in a charming riad in the medina.

After breakfast, you depart Essaouira and head south along the coast toward Agadir. Along the way the rocky Atlantic coast will be in constant view and you may even glimpse a few lighthouses. If desired, you can stop at an Argan oil women’s cooperative. Argan oil is indigenous only to Morocco and is reputed for its culinary and cosmetic uses. This is the part of Morocco where it is found. If you’d like to purchase Argan oil, let your host know in Marrakech. Creative Interactions has 100% pure Argan which sadly is very difficult to find, even in Morocco. After passing through Agadir, you will leave the coastline and travel east through the Sous Valley to Taroudant, a small city lying in the shadows of the High Atlas Mountains.

Locals know the walled Berber market town of Taroudant as the “Grandmother of Marrakech,” due to the similarity of its ramparts and mud-red walls to those of the famous Red City. It is well-known for its souks, the majority of which are located inside the city walls. Upon climbing the walls you will be greeted by a beautiful panoramic view of the city while the peaks of the High Atlas Mountains form a backdrop. The night will be spent at a nearby riad nestled among groves of almonds, olives, bananas, and oranges.

After passing through the village of Taroudant, you will drive east into the Saffron Valley where you’ll have the opportunity to visit the Saffron Women’s Cooperative located in the town of Taliouine, the heart of Morocco’s Saffron Valley. The small town produces over 7,000 pounds of saffron each year. Soon after passing through Taliouine, you will enter the town of Taznakht, the capital of Berber carpets. Along the journey you’ll have a leisurely lunch either as a picnic or in a quaint restaurant. As the day begins to grow old, you’ll drive through the Anti-Atlas Mountains and into the town of Agdz, the beginning of the Draa Valley. At this point, you are nearly to Tamnougalt.

Tamnougalt served as the 16th century central meeting point for the infamous caravans entering and leaving the desert. Here you will have the opportunity to visit the Tamnougalt Kasbah, that served as the regional government seat as well as the aristocratic residence of the caïd. The kasbah is still owned by the family of the original caïd. You will spend the night in a beautiful inn.

This day can be spent in various ways. As discussed previously, you have options. You may desire to spend visit a Berber family or see some of the local handicrafts. Lunch can be a picnic near the river or on a beautiful terrace overlooking the palm groves.

After breakfast, you will continue your journey into the heart of the Draa Valley before turning east toward Nkob. Here you will drive off-road into the Saghro Mountains and cross the Tizi N’Ouanou Pass (2,700 m / 8,858 ft). A few hours later, after passing through Berber villages and fields where you’ll see people working, you will enter the Dades Valley and Gorges. Your night will be spent in a beautiful hotel.

In the morning, you’ll make your way into the town of Boumalne, which marks the southern entrance to the Dades Gorge. You’ll find that the central market square is a good vantage point to observe the local life. From there you’ll drive through Tinghir, back to High Atlas Mountains, and into Todgha Valley and Gorges where you’ll have the opportunity for a stroll through the gorges in the morning. Afterwards, you will drive back through the Todgha valley, through the small towns of Tinghir and Tinjdad and into Erfoud.

Erfoud is the International Capital of Fossils as well as a filming site for the movies The Mummy and King of Persia. Each year in October the city hosts the national Date Festival. After spending some time in the city known as the “Gate to the Sahara Desert,” you will continue your journey off-road to the impressive Erg Chebbi Sand Dunes. In about an hour you will arrive at the meeting point for the camels that will take you to the Bedouin Bivouac set in an isolated, yet beautiful location in the midst of the dunes. You can climb up as high as you want to have a good vantage point for viewing the sunset. After sunset, they’ll be dinner, fire, and Bedoui music. Your night will be spent in a nomad tent under the stars.

After breakfast you will spend a brief time on the magnificent dunes. Afterwards, you will depart Merzouga and make your way to the town of Midelt. Along the way, you will pass through the Ziz Valley, one of the longest valleys in Morocco. Flocks of sheep and goats will be grazing alongside the road and up into the hillsides. If you look closely enough, you’ll see the Berber shepherds watching over them. As you inch your way up and into the High Atlas Mountains, you may be surprised to see an abrupt change in scenery. As you pass through the N’Talghemt Pass (1,907 m / 6, 256 ft), there will be ample opportunities for photos. Later in the day, you will reach the town of Midelt that lies on the high plains flanked by the Middle Atlas and the High Atlas Mountains.

Upon leaving Midelt, you will crisscross the Middle Atlas Mountains where you may catch a glimpse of Barbary Macaques in a shadowy cedar forest. The Barbary Macaque, an Old World Monkey Species, is found chiefly in the Atlas and Rif Mountains of Morocco and Algeria. It is near the forest that you will enter the city of Ifrane, home of the world famous Al Akhawayn University. In summer, Ifrane is a cool respite from the heat. During the winter months,is known for beautiful snow and amazing skiing adventures. Nearby Ifrane, you may visit Lake Ifrah or Lake Aaoua; both are havens for wildlife, especially birds. After lunch, you will continue your journey toward Fes. You will reach Fes in the late afternoon or early evening.

You will have the day free to explore Fes, Morocco’s oldest imperial city. Fes was founded in A.D. 789, and is home to Al-Qarawiyyn, the oldest existing and continuously operating educational institution in the world, according to UNESCO and Guinness World Records. The institution was founded in 859 A.D. by Fatima al-Fihri, a woman; and thereafter became one of the leading spiritual and educational centers of the historic Muslim world. Your Open Doors Morocco host will connect you with an Officially Certified Fes Guide, as all Fes guides must be certified. Your Fes guide will be a wealth of information to you as you trek through the medina. Don’t be afraid to ask questions. Prior to starting your tour, I recommend you talk with your host about the options for what to see. Your host can then be very specific with the guide in order to keep you from being dragged into carpet stores or other places you may not want to go. If you want, you can see a mixture of the famous sites as well as alleyways and streets where people are living their lives. Fes is known for its beautiful pottery. During your tour you can visit an artistic pottery association. Or if you aren’t interested in pottery, you can skip that. During the pottery portion, you’ll still be with your ODM host as the Fes Guide will not have a vehicle and the pottery organization is outside the Fes medina.

After breakfast, you may want to spend a little more time in Fes before making your journey back to Rabat. Along the way you’ll pass through the former capital of Meknes. You may have time to stop off and see the famous square. You’ll reach Rabat by late afternoon or early evening.

The next morning, you can be transferred to your departure city, rather it be Casablanca, Marrakech, or another choice. 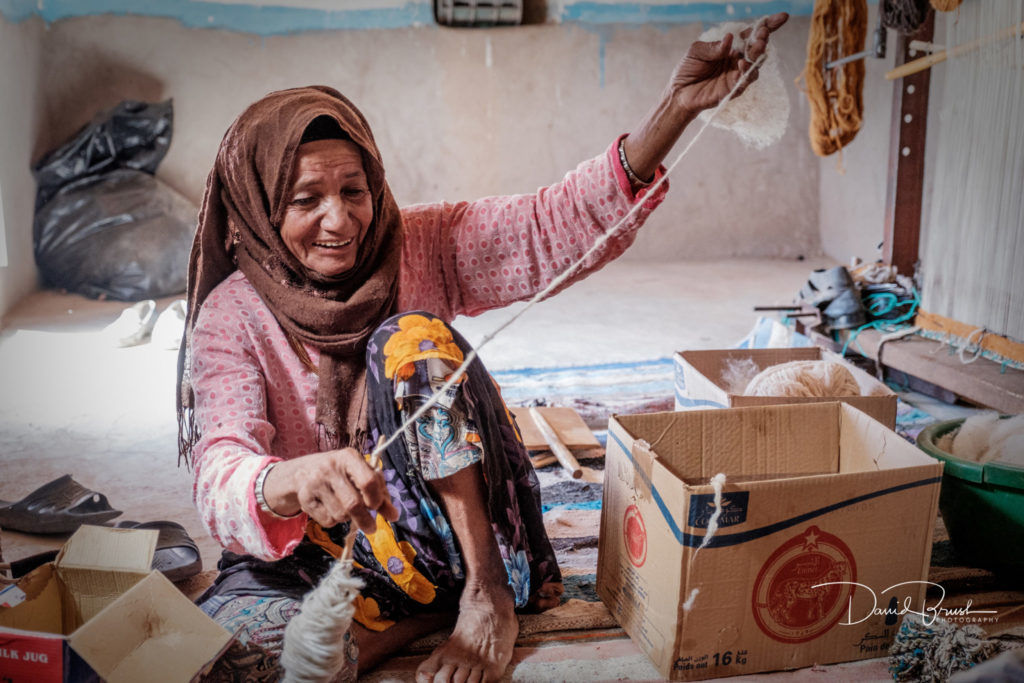 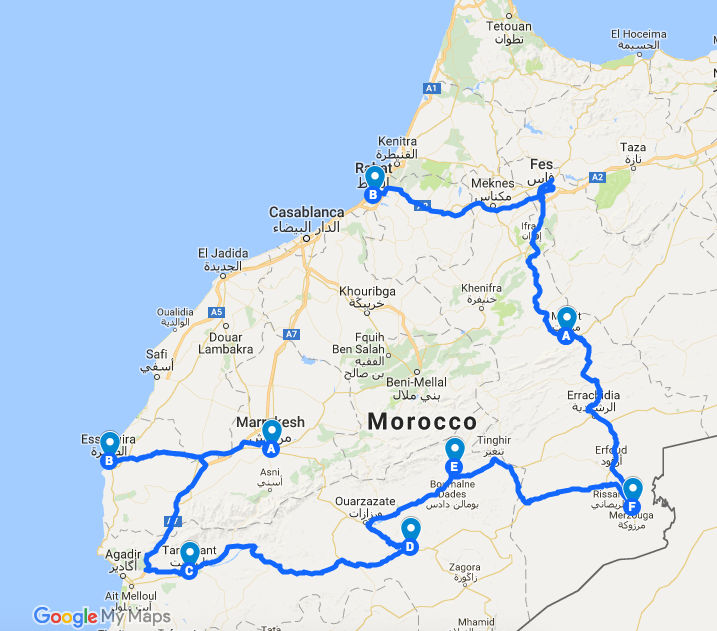