So you’ve gotten your customized Morocco tour arranged. Flights are purchased.The dog is booked at the kennel.You’ve started packing. One final thought occurs to you… What about spending money in Morocco? Since this is one of the most commonly asked questions, I decided I’d cover the information you need to know in an article. The official currency of the Kingdom of Morocco is the dirham (MAD). You may see it referred to as “dh” when written in English. The image on the bank notes is the current monarch, King Mohamed VI. Anytime you travel to a new country, it’s a good idea to figure out the lay of the land in terms of the local currency.

Below I’ve gathered together the most frequent questions I’ve been asked about Moroccan dirham over the years. This way the responses can be found in one location.

In what denominations will I find MAD?

The Moroccan Change Conundrum: This my pet name for the fact that small change tends to be an endangered species in Morocco. The only logical explanation for this that I can think of is that there must be a large vat somewhere in the country where all the small bills and coins go to live out their lives. That may be a slight exaggeration, but it is definitely an issue.

ATMs spit out 100 and 200 dirham notes. This is all good and well until you actually get around to using them. The souks, restaurants, cafes, shops, etc. don’t typically have small change on hand. They’ll manage to find it for you, but it may require asking Moroccan customers, the guy in the store next door, or passersby to make change.

I’ve even seen a worker dash out into the street to flag a taxi down just to ask for change! The Change Conundrum is the primary reason we decided to offer a Tipping Caddy for tipping hotels and other incidentals. This is especially beneficial for longer tours.

Should I bring Moroccan money with me?

In short, the answer is no. Moroccan Dirham is a closed currency which means it’s extremely difficult to find elsewhere. If an exchange facility somehow manages to obtain dirham, you’ll pay dearly for it. It’s better to wait and let us get you to a point of exchange or an ATM. (See more below about which choice is the better deal below.)

One other important fact here is that since Moroccan dirham is a closed currency, you can’t re-exchange it once you return home. So it’s a use it or lose it kind of thing. 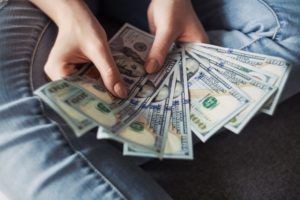 I’ve heard that USD and Euro are widely accepted. Is this true?

I’m not sure where the people who have spread this erroneous information are shopping, but it’s rare to find anyone who will accept USD or Euro. Shops in the airports will accept Euro, but it will cost you more to pay in Euro.

The other exception I’ve heard of is that if you are making a large purchase such as fine artwork or a carpet, you may be able to talk the seller into accepting your USD or Euro. But, I can’t imagine why you would want to! The exchange rate you would pay would be rounded up to a higher percentage, so it’s really not worth it. It’s just better all around to get onto the Moroccan dirham train when in Morocco!

What’s the most economical way to get Moroccan Dirham? 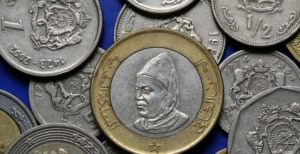 ATMs are widely available throughout Morocco, and they typically have the best exchange rates. Even when paying a fee from your own bank for an overseas withdrawal plus ATM provider fees, it is usually more cost effective to use an ATM than to exchange money. Your Open Doors Morocco Local Host will get you to an ATM as often as needed throughout your tour.

We don’t suggest using the ATM machines in the airport because the exchange rate is higher. It’s not a problem for your local host to take you by a machine that’s outside the airport. It’s all part of the Moroccan Welcome Wagon!

The ATMs, for the most part have an English option, and they are quite intuitive to use. Occasionally, you will happen across one that is either out of money or has decided not to be friends with your specific ATM card on that particular day. It’s no problem, just go to another one. The banks usually clump together, so if one doesn’t work you’ll find another nearby. I’ve never heard of anyone having a bank card that just doesn’t work in Morocco.

Always use an ATM machine that is attached to a bank. That way on the rare event that the machine sucks your card in, you can go into the bank to retrieve it by showing your passport. If a free-standing machine were to suck your card in, who knows how long it would take for you to get it back. That tidbit is compliments a disastrous experience in Istanbul – it was a hard learned lesson that I share with everyone.

Will I be able to use my credit or debit card in Morocco?

Cards are accepted at the airport, and sometimes in high-end establishments. However, for the most part, Morocco is a cash country. Expect to use cash and be pleasantly surprised if you find an opportunity to use your credit or debit card.

Although some establishments sport the Visa or Mastercard logo on the door, you’ll find more times than not, that the machine “is broken.” Translated, this means: “We don’t want to pay the credit card fees.” So plan to use old school cash.

If I get lucky and my card is accepted, should I pay in my home currency or the local currency?

You will get a much better deal if you pay in the local currency. Typically when you are given the option of both currencies, the seller is using something called Dynamic Currency Conversion (DCC.) Essentially, without getting too technical, the exchange rate that you would get for using your home currency would be rounded up and would cost you more money in the end. It’s usually best practice to select “local currency” when given the option.

What should I know about using my card in Morocco?

Be sure to find out whether your card issuer charges foreign-transaction fees. Foreign transaction fees are usually somewhere between 2% and 3%, which adds up overtime. Often there is an ATM provider fee on top of the fee your bank charges. This is especially a concern when using ATMs in Morocco.

The ATMs in Morocco will give you a maximum of 2,000 MAD per transaction (approximately $200 USD.) So if you wanted to get 8,000 dirhams out, you’d need a total of four transactions to do it.

Bottom Line: Always check your card’s terms and conditions to find out exactly what fees you are responsible for.

Is it possible to avoid foreign transaction and ATM fees?

Actually, there is for US citizens. The bank Charles Schwab in the United States offers what they call a Schwab Bank High Yield Investor Checking account. With this checking account, you don’t incur foreign-exchange transaction fees when using your card at an ATM or at a point of sale.

That’s already a good deal, but they also rebate all ATM provider fees you accrue at the end of each month. This alone is worth its weight in gold for me as I frequently depend on the ATMs to withdraw funds for the hotels I pay on our clients’ behalf. Schwab also offers Fraud Protection for Unauthorized Transfers or Purchases, Travel Accident Insurance, and Travel and Emergency Assistance Services.

Should I exchange money when I get to the airport?

If you choose to exchange money at the airport, you’ll be charged a higher currency exchange rate than elsewhere. Oftentimes, you’ll pay around $5 to $15 at an airport kiosk just for the convenience. The same is true of hotels that offer currency exchange.

If you are set on exchanging money, it’s better to wait until you meet up with your Open Doors Local Host just outside the door of the airport. If you need to exchange currency, he will take you to a place that has good rates.

It’s important to know that bank notes taken to an exchange office should be in pristine condition. The notes that appear to have been in a dog fight are not readily accepted.

Can I exchange Australian and New Zealand dollars in Morocco?

Australian and New Zealand dollars are not accepted for exchange in Morocco. If you are set on bringing cash in for exchanging, you will need to bring USD, EUR, or GBP. Regional currencies, such as Northern Irish or Scottish notes, are also not accepted.

Can I use traveler’s checks in Morocco?

No, traveler’s checks are not accepted in Morocco.

I’ll leave you with some final tips for security: