I have a love – hate relationship with tipping, especially in developing countries. In the case of Morocco, the west is responsible for bringing the custom to the country. While I agree that tipping can be positive in that it recognizes a job well done. I’ve also seen first hand that the practice enables employers to pay workers lower wages because it is assumed that tips will make up the difference. This is where the hate part enters into it for me.

Unfortunately, it’s counterproductive refuse to tip in hopes that employers will step up to fill the gap.  That’s not going to happen anytime soon. So like it or not, many workers in Morocco, as well in other countries across the globe, exist on tips.

This is one of the many reasons we commit to pay our workers living wages. Earning fair wages is rare in the tourism industry, unfortunately. We believe in tourism with mutual benefits for travelers and nationals. Our guests experience amazing adventures and the locals are paid fairly. Cross-cultural relationships are fostered and when money isn’t in the way.

Unfortunately, not all travelers are aware that overzealous tipping can be detrimental to local populations. People feel good about being generous. However, much of the developing world consists of tourism-dependent economies. Everyone in the country wants to have a part of the tourism business.

Every business from restaurants to hardware stores are selling tours. This creates a rather large market for mediocre to downright lousy services in the industry. But even worse, it creates a dependency that isn’t sustainable. Economies around the world ebb and flow. So what happens to a local economy that’s dependent on tourism and tipping when recession hits overseas? It can be devastating. For this reason, I encourage our guests to travel consciously.

Tipping is here to stay whether we like it or not. But I believe we can go about it in ethical ways that protect developing economies rather than crippling them. Or course, it will take a village to change the practice overall, but positive changes have to start somewhere. And at the end of the day, we can only be responsible for ourselves.

So where’s the balance between over tipping and not tipping? It’s difficult, and it’s definitely not a science. Although there are too many variables to create an exact formula for tipping, I think there are some general guidelines that contribute to ethical tipping.

Again – there really are no best practices. These are the guidelines I try and stick with personally.

In restaurants, don’t expect the server to chase you down to pay the check. You are welcome to remain as long as you like, and payments are usually accepted at the front counter, rather than the table. It’s better to give the server the tip directly rather than leave it on the table. Add a “chukron bezef” (thank you very much) to your tip and you’re guaranteed to get a smile.

My rule of thumb is that if the taxi driver voluntarily turns on the meter and is honest with me, I round up the fee. For example, if the meter reads 22 dirhams, I usually give 25. The use of taxis in Morocco deserves its very own article, so I’ll reserve any further suggestions for the future article. If you travel with Open Doors, breathe a sigh of relief that you don’t need to bother with this. 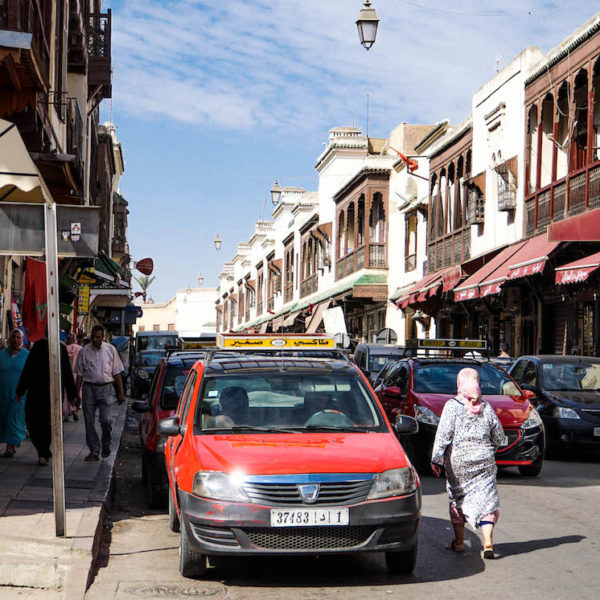 A good rule of thumb is around 100 – 200 dirhams per day for excellent service. These guys really do work hard – at least our local host / drivers do. They carry a lot of responsibility on their shoulders and they rise to the occasion every time.

It’s important to consider who deserves the tip the most. The manager may be the most visible individual at your riad, but often the support staff is the hardest working. If I trust that the manager will share the tip with the staff, I am happy to give it to the manager. One benefit of traveling with Open Doors Morocco is that your local host will know exactly to whom the tip should go. We typically suggest tipping around 100 – 150 dirhams for 1-2 night stays.

If you happen to eat an additional meal that’s not included in your stay, it’s appropriate to follow the restaurant guidelines above.

Overall, remember the individuals you may not see who contribute to your service, such as the women in the kitchen. Oftentimes, you will see men as the most visible workers, but there is almost always at least one hard working woman behind the men you see. 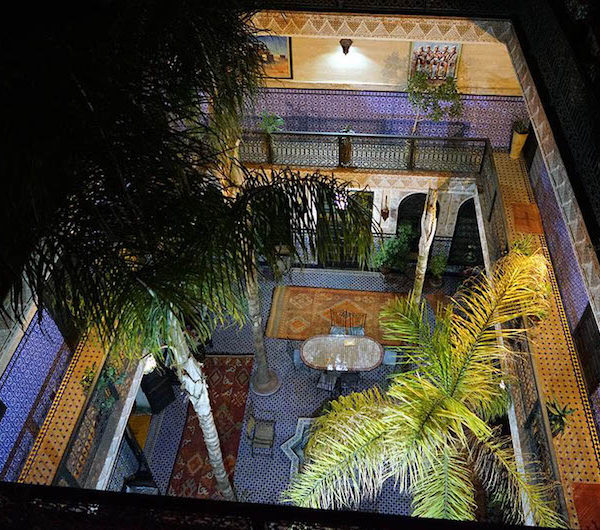 These are the guys who carry your luggage. Sometimes they’ll carry it in large wheel barrel like carts.  My children love riding in them and the men are happy to oblige! A good rule of thumb here is 20 dirhams with the exception of in Chefchaouen. In Chefchaouen, your luggage has to be carted up and down steps and hills – so 50 dirhams is the minimum there. 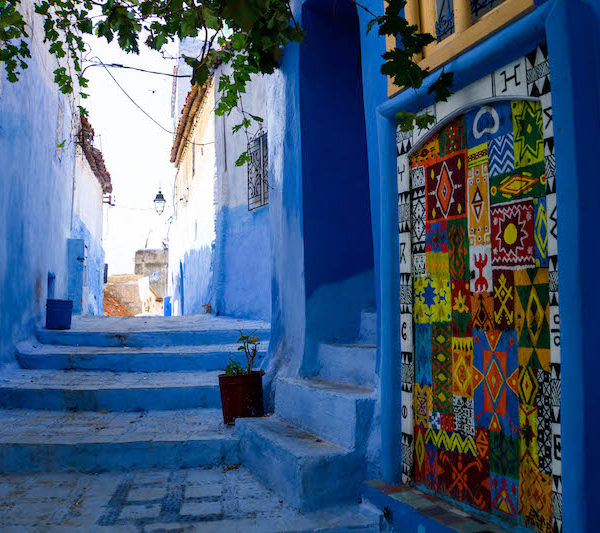 This is another area that’s difficult to nail down. City guides come in various “styles.” Some are deeply interested in providing you with an overview of the historical and cultural aspects of the city.  Others think that you are more interested in shopping. When you travel with Open Doors Morocco, your local host will set expectations with the city guide as to what your main desires are. An appropriate tip for a city guide who hits all the bells and whistles you were hoping for is around 150 dirhams.

These are usually the guys getting their start in tourism. They are usually from poorer families in the desert.  They work very hard for very little pay. In fact, some likely do not make a salary, and exist only on tips. This is not a reason for over tipping. Just think about the overall experience. If you are satisfied then 100 dirhams is a good tip. Oftentimes at the end of your camel riding, the guys will put out a blanket and lay some fossils or other little items out for purchase. I typically will just give them the price of one item and tell them to keep the item. 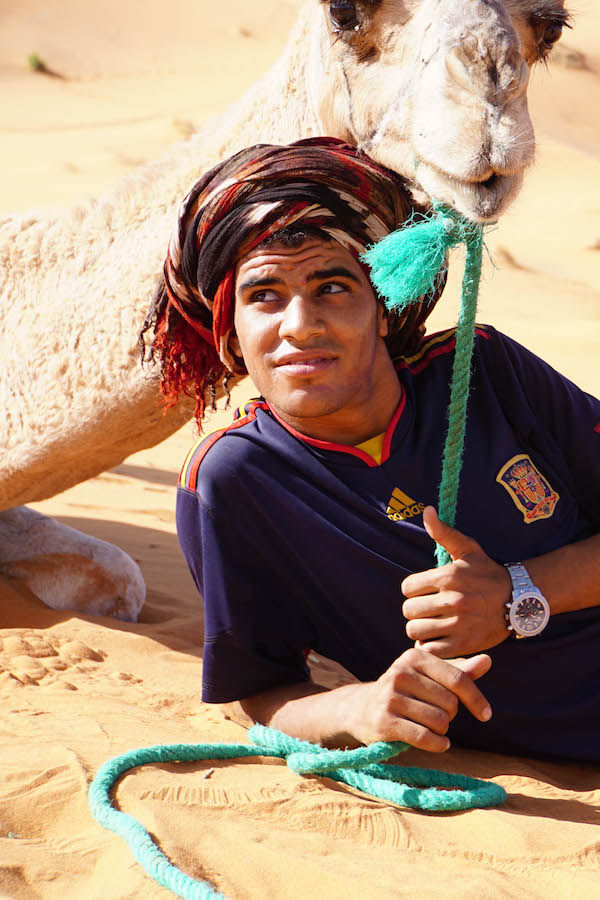 It’s customary to leave around 20 – 25 dirhams for the person who services you. As a side note, be aware of the Asian Spas, especially. There are not many, but oftentimes they are covers for trafficking. 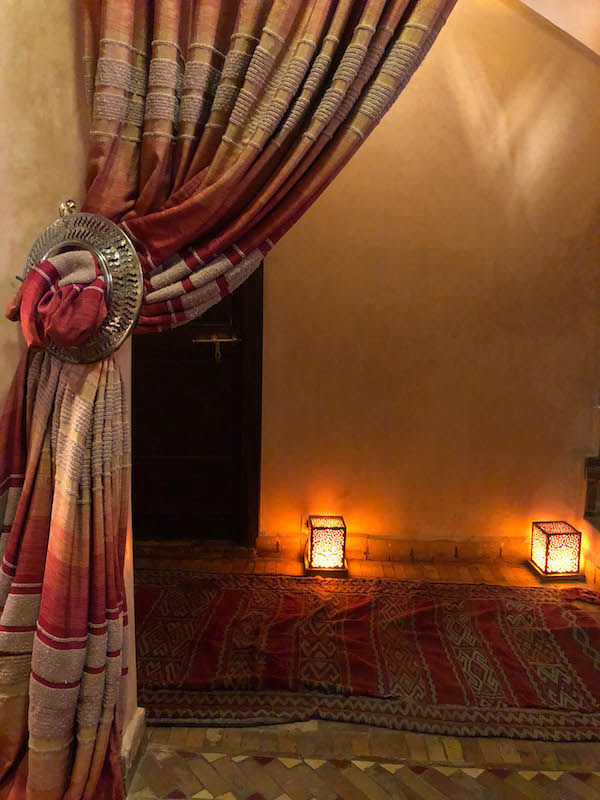 So there you have it, a set of Moroccan Tipping Guidelines as I know them. My best advice is to determine what feels ethical to you and stick with the plan.